Are we risking creating ‘Forgotten Children’ after an announcement that parents won’t be forced to register if their children are home-educated?

Teach Agency > Blog > Uncategorized > Are we risking creating ‘Forgotten Children’ after an announcement that parents won’t be forced to register if their children are home-educated? 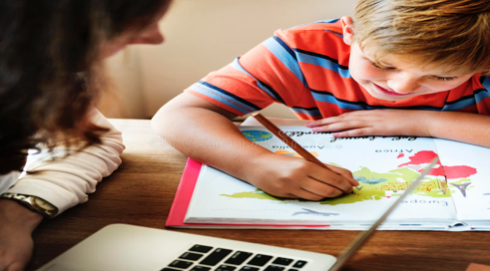 Robert Goodwill (children’s minister) told MPs he didn’t feel it was “necessary” for home-educating parents and carers to be registered. This announcement comes in the wake of revelations that the number of pupils leaving school to be home educated has almost doubled in the last six years with figures (from a Schools Week investigation) suggesting an increase from 15,135 children in 2011-12 to almost 30,000 in 2016-17. This figure is likely to be much higher as not all pupils are registered and of the figures gathered, just over half of the councils surveyed responded.

Traditionally Home Schooling was a response to ideological or religious reasons but now parents are citing concern over welfare and difficulties over behaviour or attendance. In Wales, the number of children being taken out of school to be homeschooled has doubled in the last four years, a BBC report stated that many of these children were autistic and were struggling to cope in schools with insufficient assistance for special needs.

At the end of November, the Department for Education announced plans to draft and consult on revised guidance documents for Home Education to make it clear to councils what their powers and responsibilities are and also to inform parents about their rights and responsibilities. A private members bill has been introduced into the House of Lords which will ask councils to monitor homeschooled children more, assessing home educated children once a year, including home visits, parent interviews and reviewing the child’s work. Some home education groups have said these plans are draconian and encourage councils to treat parents like criminals.

The rise in home education seems to be a temporary increase as there has also been a 60% rise in the number of children returning to school with 2,575 returning in 2016-17, compared with only 1,601 in 2011-12. Schools have stated that many children returning are way behind where they should be and Rob Gasson, chief executive of the Acorn Academy Trust in Cornwall stated that this “leaves us to pick up the pieces.” Many parents who start home educating are not prepared for the level of commitment required or for the financial implications with the costs for exams sitting around £150 per GCSE exam and £200 for an A-Level exam.

While there are clearly unaddressed issues that are driving more and more parents to home educate, there needs to be a standard of education that has to be met otherwise we risk creating forgotten children who are going to be set up for failure. Getting parents, schools and councils to agree on where this level is and how to achieve it is going to be a challenge for all concerned but if it is not achieved, the real losers will be the children left behind.